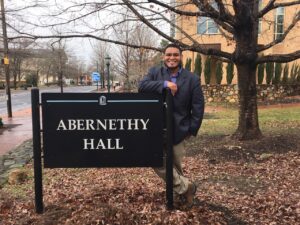 Josmell Perez was born in Lima, Peru and moved at the age of 5 with his family to Northern New Jersey. He graduated from Muhlenberg College with a degree in Psychology and Spanish and earned his graduate degree from the University of North Carolina at Chapel Hill’s School of Education. He was involved in the formation of the Carolina Latina/o Collaborative and now serves as the Center’s director. Prior to coming to Carolina in 2007 he worked as Assistant Director of Admissions and Multicultural Recruitment Director for Moravian College, where he led an initiative that resulted in the doubling of multicultural student enrollment. He also served as an Admissions Counselor at Ohio University in Athens, where his territory was the northwest part of the state.